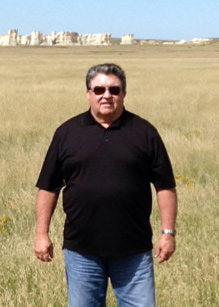 Jim is responsible for all aspects of developing and maintaining relationships with Common Ground Capital’s most valuable partners, private landowners. Jim manages virtually all phases of landowner relationships from initial contact, contract negotiations, coordination of on site development activities and long term support post credit sales. Jim graduated from Oklahoma State University in 1973. Prior to joining CGC in the summer of 2012 Jim had extensive careers in both the wind and oil & gas energy sectors throughout the Southern Plains and Midwest Region of the United States. Jim was one of the original employees of Horizon Wind Energy and he initially led site acquisition efforts and later was promoted to a Senior Project Developer and was responsible for running the Edmond Field Office for EDP Renewables. Jim has strong ties to the Agriculture/Ranching community in Southwest Oklahoma. Jim resides in Edmond, Oklahoma with his wife Penny. They have four adult children who live in either Oklahoma or Texas.